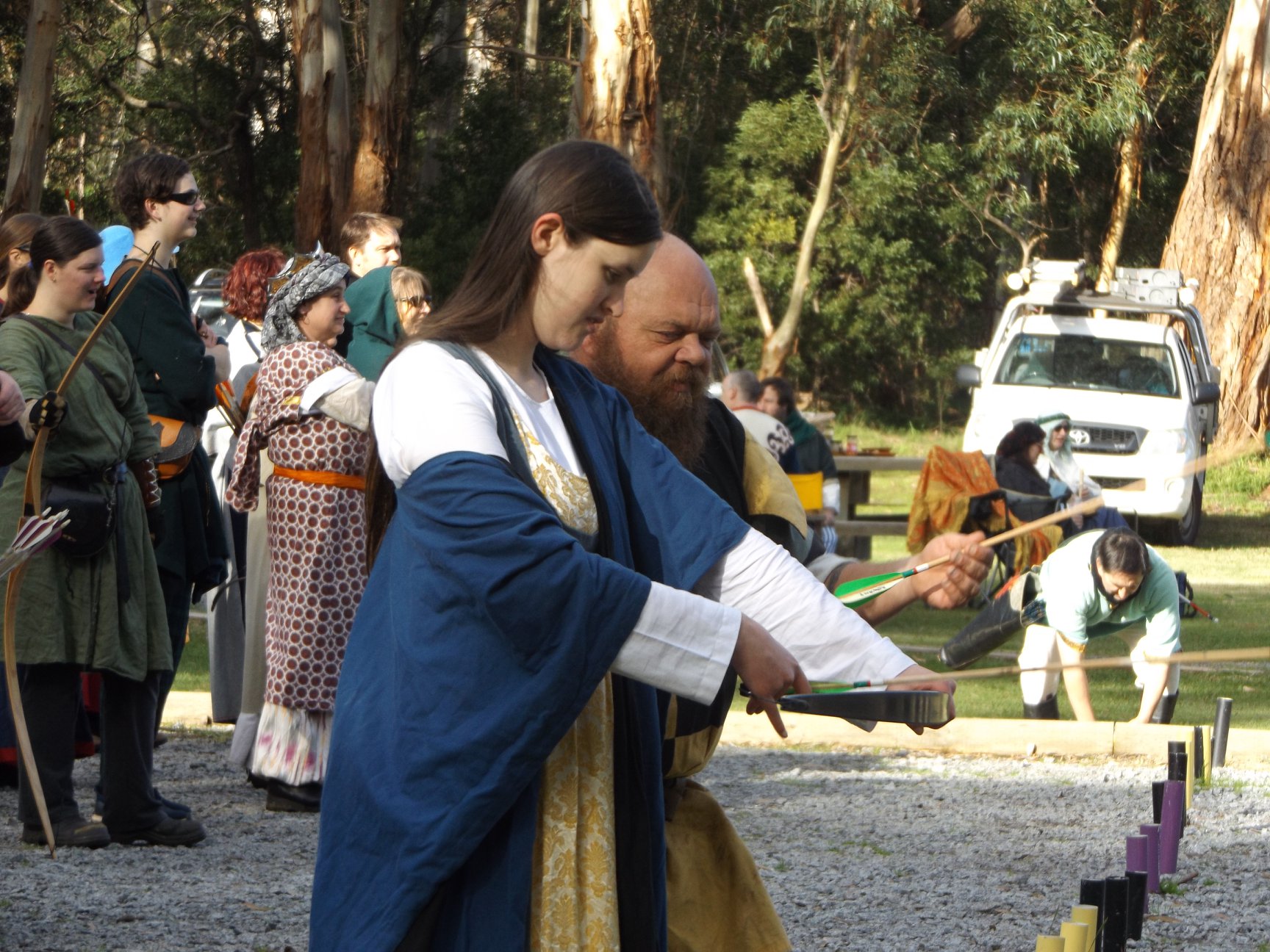 The College of St. Monica is a medieval and renaissance recreation club at Monash University. It is affiliated with the Society for Creative Anachronism (SCA), a worldwide medieval reenactment group that started as a backyard costume party and never stopped. The College has strong ties to the Barony of Krae Glas, a branch of the SCA covering the south-east of Melbourne, which derives much of its membership from graduates of Monash University. If you want to find out more about us, join our Facebook group, or the fighter’s Facebook group and say hello or turn up to one of our weekly activities and see what we do.

Members of the SCA have diverse interests, you will be able to find people who can teach you ancient, medieval and renaissance costuming, armour making, brewing, cooking, tablet weaving, braiding and other decorative arts, camping in medieval style, music and singing, calligraphy and illumination. 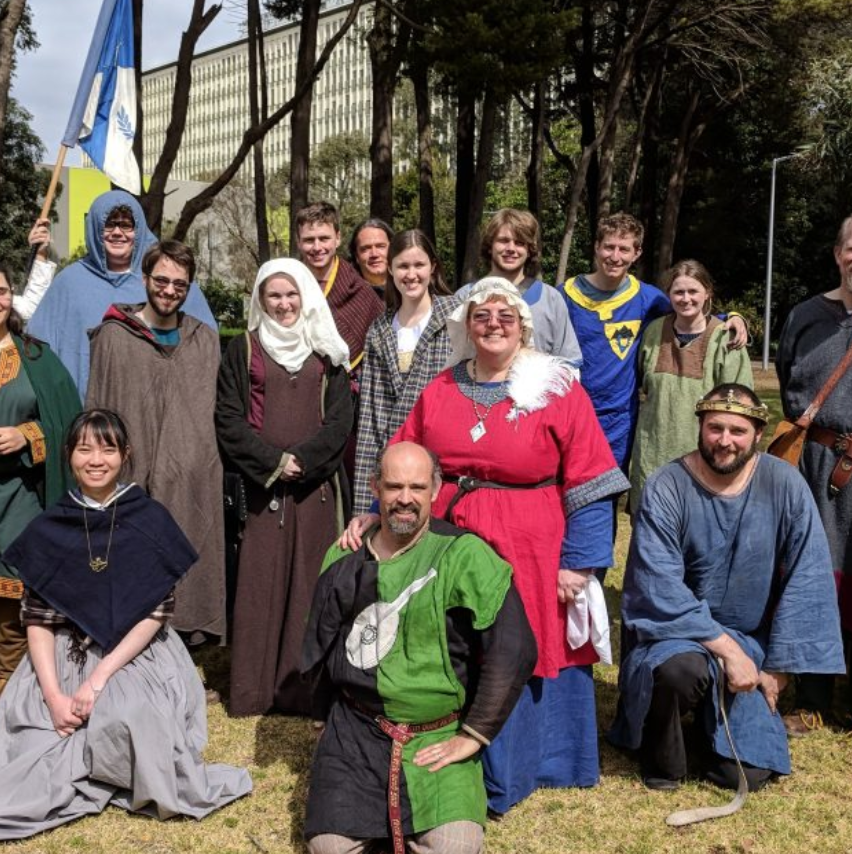 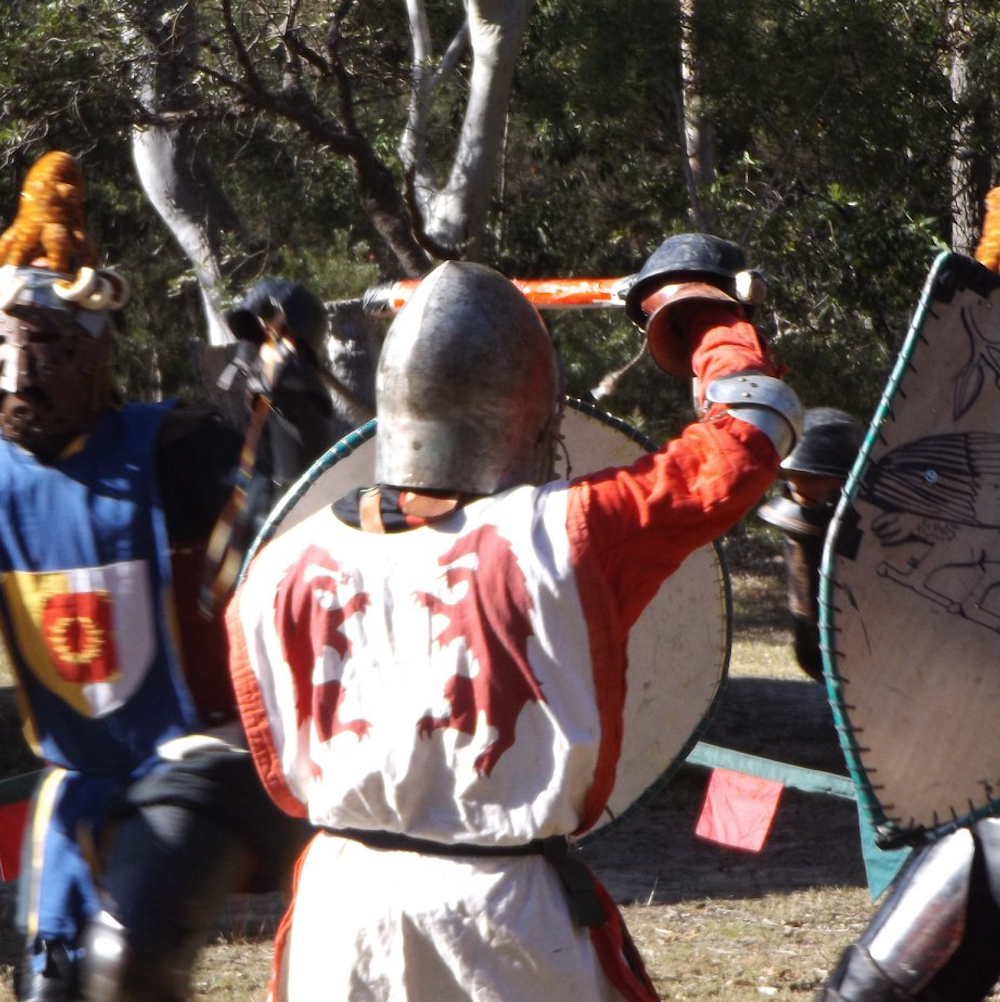 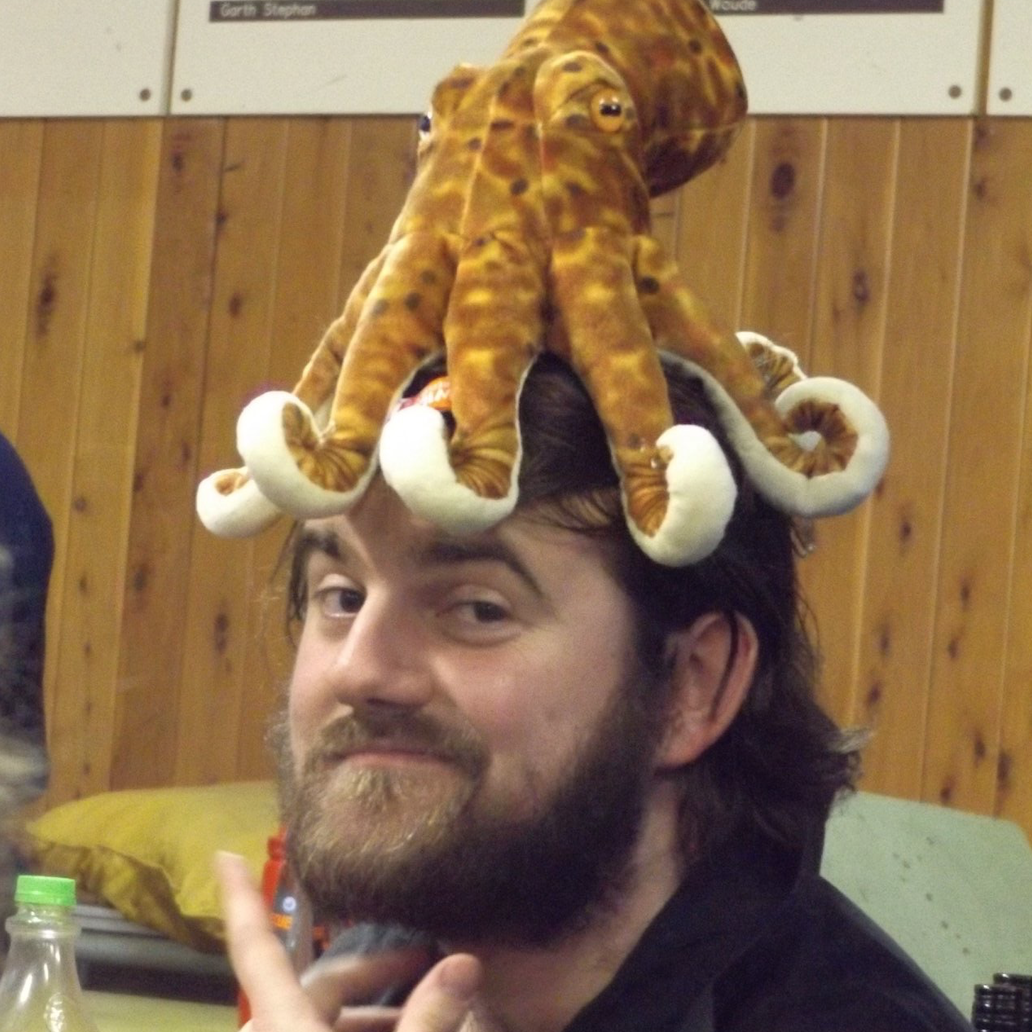 The College of St Monica was founded in May of 1988, after some of the founding members had become involved in the SCA outside of university. Following college naming tradition, St Monica was chosen, the patron saint of alcoholics and disappointing children. As her Saints Day was the 4 May, it enabled endless Star Wars jokes about “May the Fourth be with you”. With great enthusiasm for Renaissance music, it was known in the SCA as the all-singing, all-dancing college. Lots of fun was had learning together, how to cook and sew the really old fashioned way, with feasts, picnics, tournaments and quests being held. In its early years, there were few fighters at the college, but this changed over time. Fighter practise became a regular feature in the campus’ first multi-storey car park, aka Castle Greyskull, sometimes alarming passers-by.

In more modern times, the College of St Monica has been known throughout the SCA as fairly sensible and usually light on the drinking. We also have a reputation for being helpful around the campsite. For a time we were considered highly elusive, almost never showing up to inter-college events, but this has changed as of recent times.

A new council is elected at the annual general meeting (AGM) every year during semester two. If you are interested in a leadership role, why not nominate yourself to be a council member? It looks great on your resume!

Membership to the College of St Monica is $8 per year, or $3 with MSA. Having MSA is highly recommended in this case, as MSA may reimburse you some of the cost for the events you go to.

Reminder: Having a club membership is NOT the same thing as having a membership in the wider SCA group. For more information about SCA memberships click here.

Being part of our club means you agree to abide by the code of conduct rules set out by both Monash University and the Society for Creative Anachronism. If you are a Monash student you should already be aware of Monash’s policies, but if not you can find some information here.

For information about the rules set out by the Society, please click here.